Hard and Far and Fast 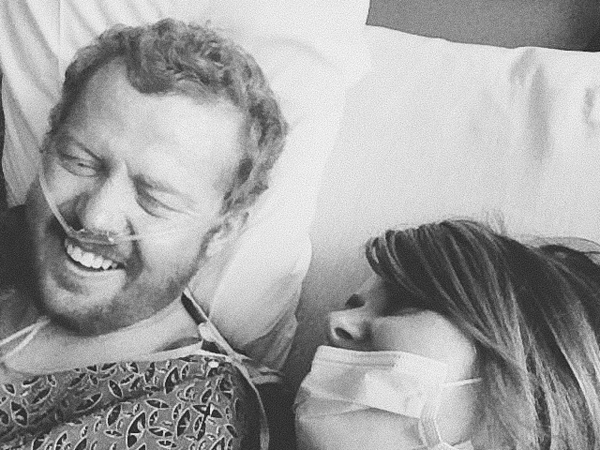 Alrighty! We've had some scariness over the last little while...

Jas got an infection with a side of productive cough (the one that everybody and all of their children and all of their children's children have had this season).
Then he woke up at 5 o'clock Saturday morning w a fever and nausea.
Then he got another fever at 3 in the afternoon.
Then neither of us slept that night because of his nausea and retching and fever.
Sunday we hurried to the ER.

There we learned that Jas needed to be on 100% oxygen (and even then his O2 sats were low 90's), his blood pressure was scary low and he had almost no white blood cells. His body had lost all ability to fight the infection. He was septic.

Once his blood pressure was under control they moved him to the ICU where they worked on restoring white blood cells.

In a matter of 24 hours Jas fell hard—he fell hard and far and so fast.

On Wednesday he was well enough to move to the respiratory floor—where he was given the very room we called home for a couple months before we moved to NC. So that was a bit disconcerting, but they had painted and changed the curtains while we were gone, so we got over it.

Later we realized that one of his anti-rejection meds had most likely caused the dramatic drop in his white blood cell count, which started this downward spiral. Immunosuppression is over rated. It's another game of balance... and it's tricky, but I think we can figure it out.

This was the nightmare... this was the scary fear looming behind our heads since transplant. Actually we couldn't imagine all of this, it was bigger than any theoretical super infection our minds could think up. It was faster and it crashed him farther and we didn't even have a day. We didn't have ONE day to react before everything got crazy.

There was over a week of quality hospital time, including watching Ellen every weekday and the season premiere of So You Think You Can Dance. Dr. Randhawa and the pulmonologists at Duke teamed up to get Jas back on track. Jason's stats got better and better each day. Last Friday Randhawa did a bronchoscopy where Jas was intubated as Randhawa thoroughly cleaned out his lungs. And then he showered on Monday evening (it'd been a while). After all that he was feeling pretty good.

We were able to break him out of there yesterday, right on his birthday!

He's doing so much better, but not totally back to normal yet. Right before he left yesterday he did a PFT (pulmonary function test) and his lung function had dropped from 84% to 40%. So there is definitely some work and recovering to do... but the point is that he will be alright and he can get back there.

We have been so grateful for everyone continuing to care about us and asking if we're alright, if we need anything, praying for us. Thank you for your goodness and love. 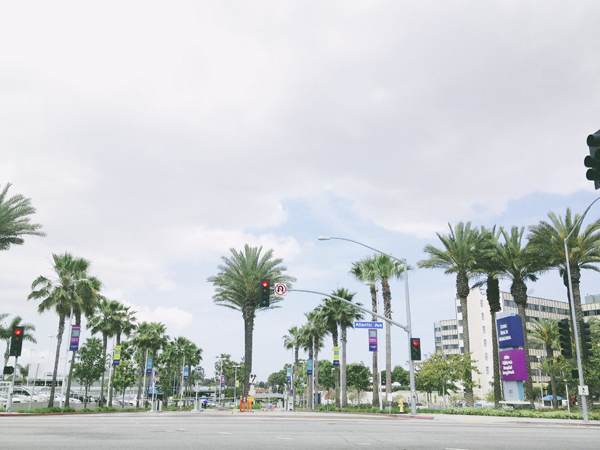 Long Beach Memorial Hospital—sure they've got some pretty palm trees to make it nice and inviting, but truth is it's kind of a little bit in the ghetto. I've got stories about the sketchy Goodwill across the street and the creepster Panda Express a little ways down the road... But Randhawa and the CF team has been awesome and it's a little easier to go to LB than to the heart of LA all the time, so whatev.

wow, thinking about you guys and hoping for a healthy Jas very soon.

Thinking of you guys and wishing Jas a very speedy recovery. You two really are amazing.

Oh gee. I had no idea it was so serious. Super scary. I just said a fast and hard prayer for you guys. Keep these updates flying! Take care, you two!!

Sending all our best to you as you ride this rollercoaster. I am continually in awe of your outlook and humor. You guys are amazing and so inspiring. speedy recovery to Jason!

Oh...hope this was the last big issue in Jason's recovery and from now on he will get better and better! Think about you from Europe.

Best Birthday Present Ever!
Hope things are continuing to improve. Love ya.

That is super scary! I'm so glad he's doing better. I agree that the area around LB Memorial is totally ghetto! I was a little nervous to park my car when we were there.