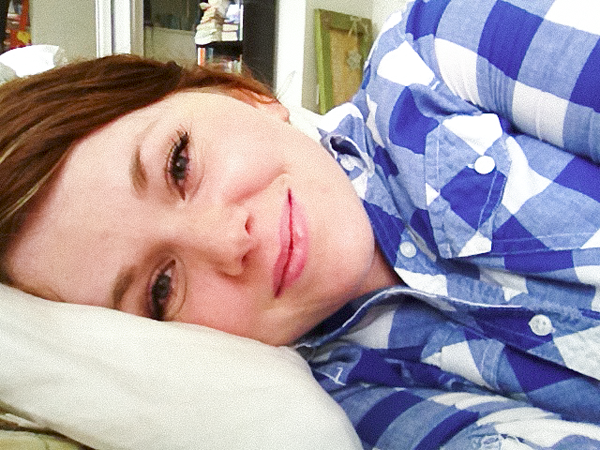 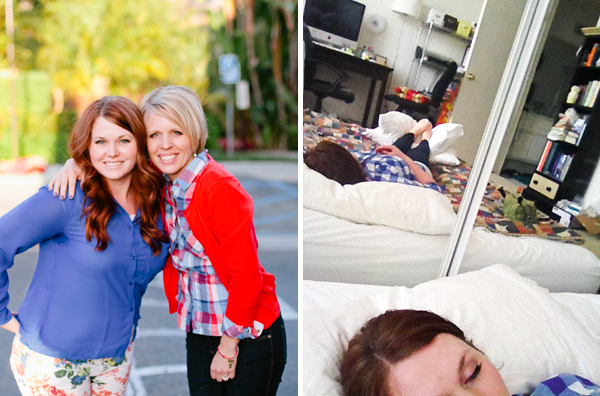 The transfer went really well! We had two perfect little embryos who wanted to get in my belly so I said "Come on in!". And they were promptly named Leroy and Stan once Jas saw the picture of them in their petri dish. He was still recovering from his procedure so I didn't fight it.
We find out the results via blood test next week. Eeeks!

After running and running and running for three months, a three–day crash was pretty much awesome. And I had a good little nurse named Bobbi to rush to my (and Jason's) every need. It was fantastic. But once the three days were up I was ready to bounce right out of the house and so that's what we did. Right over to Pinkberry.

To make the little embryos feel real welcome and cozy, I have been rubbing my stomach and saying real nice things. Oh! And I've been getting intramuscular shots in the "upper–outer–quadrant" of my rear and suppositories every night to make them happy too. Spoiled little dudes, aren't they!
The IM injections are tricky. They create knots under the skin that must be massaged with a warm, wet cloth. Then the knots get bigger and sitting or laying sometimes presents a problem because..... ouuuch! Being sure to rub the knots throughout the day does relieve some of the pain though—but it's a little bit interesting trying to rub your upper–butt in public without feeling awkward.

When my sister, Bobbi, was here she would try to help me by squeezing my arm tight and squealing for me as she watched Jason stab me. "Geri! You're going to be ok.... That needle is huuuuuge! You're good! You're ok! Oh my heck Geri! That needle is so big! Ahh! You're ok!"

And it did help and we laughed. 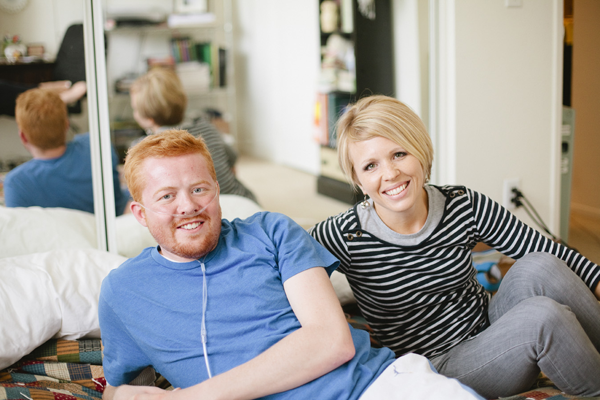 Your hair so is perfect, I'm so in love with it!

And yayyy!! praying for you :)

So glad to hear that everything went well. We are anxious to hear the results for you guys. Hoping for the absolute best because you two deserve it!! Good luck!

Hugs and lots of excitement from ID - crossing my fingers and toes for you both.

Hahaha! It is true....those needles are ginormous! I sounded like I was no help at all. :)
So excited to hear the good news on Monday. Xoxo

Sounds like a good week....minus the shots. You do what you gotta do, right?

Sounds like a crazy week! I can't wait to hear the results. :) Leroy and/or Stan had better choose to stick around for 9 months. I'm sure after having some Pinkberry, they were convinced. :)
We're praying for you and Jason cuz you guys rock!

Cute pictures! I love all of Bobbi's "reassuring" words as you got your shots! Good luck...wishing you the best of news for Monday.

I can't wait to hear the news! I hope there is a baby in there! Maybe even 2!

Wow you guys have been busy! I'm so excited for you! Keep being brave haha :) We will be praying for ya!

Hey! I'm a new reader and must tell you that I admire you! My husband and I have been through IVF a few times...somedays it can be rough! I'm crossing all fingers and toes for you and pray that your little uterus makes the best little home for stan and leroy!

Thinking "sticky" thoughts for you!

I am a couple weeks ahead of you in the process, so this 10-day wait is the woooooorst and I know it!! Over-analyzing everything your body is doing, right? Ugh. But I got great results and you will too!

Sending every little hope to the heavens for ya! We have sweet little invitro babies in our family who are TWO now so we know it works around here. Hoping your cute family grows too :)