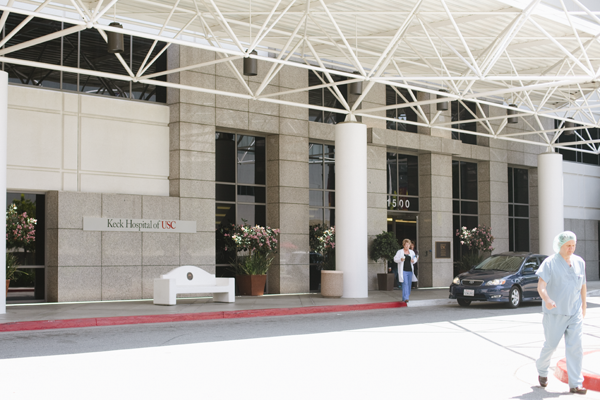 This day was horrible awful.

People said it wouldn't be fun, but I'm not sure how much we listened to them. We figured we were real tough and could take it, no sweat, but it royally suuuuuucked.

It started far too early (why does 5 am even exist??) to drive into LA in the morning rush. Once at the hospital there were tests and tests and tests for Jason. For me and Audrey, who got to be here for USC eval day, the lucky duck, there was lots and lots of waiting in hospital halls or hospital waiting rooms on hospital chairs (the chairs in the blood lab were by far the coziest). In the afternoon was a four hour stretch of meeting with the transplant team learning all the worst, most negative statistics they could find involving lung transplants. If we didn't realized what a huge deal a double lung transplant was before—we realize it now. And then, when we thought the day might be coming to an end, they threw in the minor detail of the average wait time for a fella like Jas...... which is 17 months. Whoa.

Do you know how long 17 months is? Well! It's a really long time. 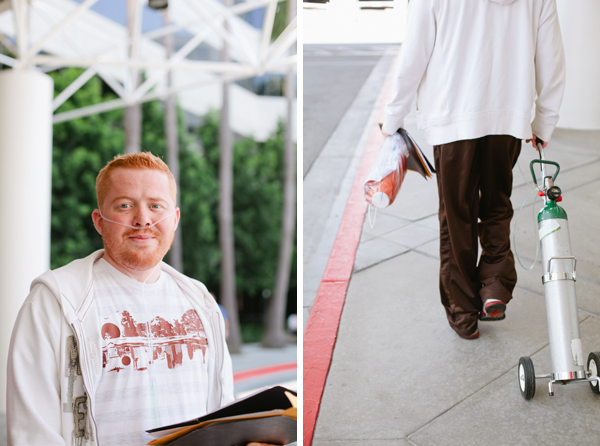 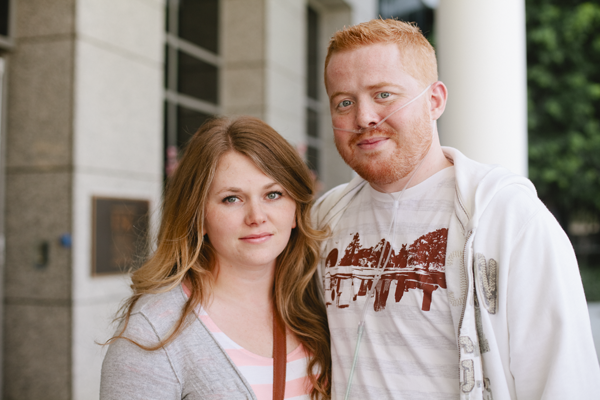 While we were having our chitchat with the transplant team Audrey found her way to Magnolia Bakery where she bought us some tasty baked treats to sweeten up the day. They were deeelightful and almost made up for the super sad moment when Jas picked PF Changs for dinner (to eat away our bad feelings from the day) and we drove all the way to the Beverly Center only to find that they were closed down for emergency maintenance that day. Bummer. We ate at California Pizza Kitchen instead because it was right across the street.... and it was just wasn't quite the same.

1. Jason got a call from Duke on Monday!! An evlauation was scheduled for June and this one will be four days—buckle up! We are super happy that things seem to be moving forward with the peeps at Duke!

2. IVF is clipping along. I keep calling their office and my buddy Paul keeps answering. I have a feeling we might be pretty close by the end of all this.
There's going to be lots of ultrasounds and blood-work and slicing and extracting and (cross your fingers and your toes) impregnating up in here. May might be the craziest month yet and we couldn't be more pumped! Eyyy eyyy eyyy!!!

3. Audrey died my hair a nice dark red before she left. Pictures to come.

4. I kind of hate the word impregnating, but I can't stop saying it because it's so gross.

Hang in there. You can do hard things!

i love throwing around the word "impregnating"... totally a gross word! prayers for you & yours! ♥

you guys are troopers! hang in there!

I'm sorry your day was so awful--thank goodness you have each other to hang on to during tough times.

I'll be sending prayers your way.

Praying for you Geri <3

Loves, hugs, kisses, prayers, thoughts, and all of that!

I love saying words like impregnate just to see how people respond. It makes me giggle.

Wow! What a hard day! You guys have a lot going on and I'm hoping all kinds of positive things come out of it. :)
I haven't seen you guys in forever (I've been cooped up at home mostly since having our newest cutie) but we are constantly thinking of you guys and hoping for the best. You guys are seriously awesome! :)

that pic of you and jason just breaks my heart. I hope the transplant goes through sooner than 17 months. Good luck with all of this Geri. You guys are such amazing people. if any couple can get through this, it's the two of you.

impregnating IS a funny and weird, but happy all the same.

i'm sending ya'll a bit of patience and sunshine as you guys keep going with the this process as well as jason's transplant wait! sending hugs.

Things are moving! That's good at least! Love ya both.

Ger! I'm just now getting caught up on your blog! I can't believe how much I've missed. Oh, my heart is aching for you right now. You two are the toughest cookies around. And obviously that's putting it mildly. To be going through TWO such life changing, stressful, monumental, emotionally draining experiences at the same time. Oh, I just wish with all my heart that we lived closer so I could come give you a great big hug. We miss you guys and are praying for you. Crossing our toes for Jason and you, you strong lady and your little junior that is surely on the way soon.
If there's anything I can ever do to help get the word out about ANYTHING, you know I'll be right on it. I don't know if any of this works like that ... but if it does, don't hesitate. Love you guys!

Thinking of you often...I don't know you that well but definitely realizing how strong and positive you both seem to be...all the best!

I read this yesterday morning and just had to come back and comment and tell you that even though i've never met you, I really have always admired you. You're always so positive and strong and just love your husband so much. You're amazing Geri.

We are crossing our fingers and toes and eyes and everything else we can think to cross on your behalf.