The Case of the Most Horrible Bathroom in the World 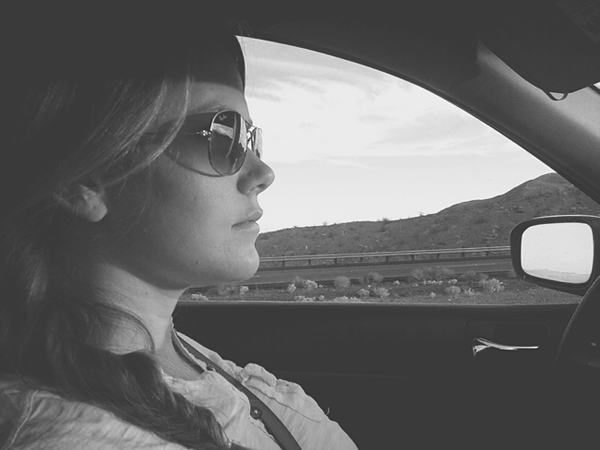 Nope! Actually it begins with me telling you that last weekend I made a quick solo trip to Utah to shoot an engagement sesh—and when I say quick trip I mean drive Friday, shoot Saturday, drive Sunday. Pheewph! I was telling peeps it took 7.5 hrs, but I got my math wrong because time change and adding hrs doesn't make a lot of sense in my head. It was 8.5 hrs, with only one pee stop in St. George both ways (because I ROCK at road-trips).

Alrighty, now that we've got that all cleared up....

On the way back to Cali it was time to get some gas because the meter on my dashboard said so; and because it was time for that trip to the ladies room. So I pulled off at good ol George, taking the weird exit with the weird round-about and a weird gas station/super old strip mall hybrid (nobody likes the weird exit).

I fueled up the car and headed into the strip mall/gas station place. A lady who was obviously on a road trip herself (it was something about the glazed over eyes and the smooshed-on-one-side hair) was hustling away from where the restroom sign hung from the ceiling. Destination spotted.

I power-walked over to the bathroom, pushed open the weird swinging door, and the grizzliest stench in the solar system smacked me in the face. The air was thick with the smell, the light was dim with a flickering florescent, and the temperature was noticeably warmer. Gaaag. Guuhhhh. Don't think about it, don't think about it, don't think about. And don't hate that lady, it's not her fault her stomach hates her. The next thing I saw was the single stall. I submit there is pretty much nothing so awkward than a public bathroom with a single stall and no lock on the main door. Yes, you just stand in here with me and wait while I take care of my business. Whatever. I was already inside.... After getting into the stall I realized the latch did not lock—at all. I can deal with this. If someone comes in I'll just make some noise with the toilet paper roll or something so I don't get barged in on.

Fast forward a minute, things were taken care of, and you guessed it—someone came in through the swinging door. Crap! I rattled the toilet paper way more than necessary, I shuffled my feet around the floor and then, just as I was about the push down the flusher I heard something..... That other person was definitely peeing out there. Where?! My mind thought back: I promise there was only one stall, I know I didn't make that up in my head.

WAIT! What was that weird divider thing by the weird swinging bathroom door?

It hit me. I stopped breathing, it became completely silent. I heard some rustling and then the sink turn on. I leaned backward an inch at a time until I could see through the crack in the stall door. And there at the sink was a very tall gentleman in an extra large white Stetson and very tight Wranglers. A man! A man a man a man a man a man a man had just relieved himself right next to me. If there had been no stall I could have tapped him on the shoulder and said "Excuse me sir, could you kindly give me a moment before you drop your drawers? Thanks."

Once I was sure he was gone I bolted out of that horrible bathroom and ran right across into the ladies (which was like night and day) and I washed my hands for a solid 4 minutes.

Oh my! That is hilarious... and totally something that would happen to me! :)

I did that at an olive garden once, only when i walked out there were three guys out there, most likely one of the most embarrassing moments of my life :)

haha! Geri that is so fuuny. Im going to start following your blog so I can hear more stories like that! :)

Hilarious!!!!! Loved this story! Great detail! It's like i was there. With you. And Mr. Stetsons.

hahaha. the way you write makes this so much funnier too! love it!

If grandpa were still alive, he could share his story with you of the pink bathroom. Uncle Hal was there too, so maybe he can share it with you.

I hate that bathroom too.

Too STINKIN' funny! (I've totally done that before too!) LOL!

haha! You are the best story teller ever!

hahaha! thanks for sharing this story. made me laugh. hilarious!

oh my gosh! That is hilarious and so not fun at the same time! I guess you'll learn to double check the signs on the doors from now on :)

geri geri! stay out of the boys bathrooms! i told you this already. hahaha. oh my.