have I ever told you

that I am a musical genius? 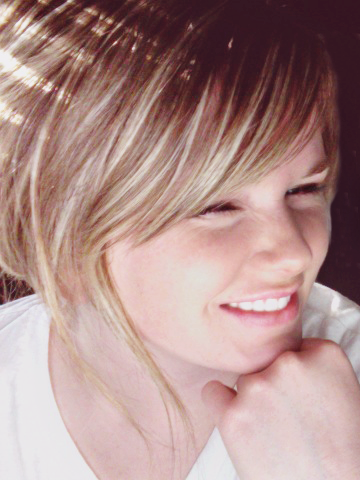 Because after playing with this thing long enough to give myself a full-on migrain I think I'm pretty much awesome in the musical department! You seriously need to give it a little whirl.


I hope you read the sarcasm ooozing out of all this musical-genius stuff, because I'm totally kidding. But somebody told the up-in-ups in our ward that I was slightly on the musical side and I have officially been called as the Ward Choir Director. (eyyy-eyyy!) That means that my bomb.com choir director from the ward I grew up in is going to get a few phone calls..... "Kaylene!" (I wish her name was Stella so I could yell "STEL-LA!" but it's not so I'll just yell Kaylene like I was yelling Stella. not the same, but it'll have to do.) I'm in need of some serious pep talks!


We actually just sang our first number not last week but the week before (did a certain jump-rope song from elementary days past just pop into your mind? yeah mine too) for ward conference. And despite me standing in front of them, shaking like a little leaf, waving my arms around in the air, the choir sounded awesome and we had an amazing turn out. Now I just gotta figure out how to keep the peeps coming—so far I've been bribing them all with homemade lollipops and rice crispy treats. You gots any other bright ideas?


p.s. good thing I figured out a solution to the sweating problem or all of this arms-in-the-air-action would be something we were allllllllll embarrassed of. muchas gracias dudes.

I think I would die of nervousness if I had that calling...you probably inspire people like whoopi in sister act 2 because that was what I pictured when I read this. You go girl.

Sounds like you're figuring out this choir director stuff real good. Not sure, but seems like most choir directors are LIFERS at that calling.

ahaha i am so glad you loved that raindrop thing so much!

Raindrop musica is so much fun! And this post is hilarious! I will probably never be caught dead singing in the ward choir, but if I was in your ward and you were giving bribes like that, I might just consider joining your troops. For a lollipop I'd at least lip sync it. Have fun and good luck with that my friend! Give kaylene a call. She's da best!

Thanks Geri, you're awesome!

choir director! Haha! You are very musically talented. I hope they get you to sing too. Good luck Ger!

WOWZER! Good luck! I have not got a musical bone in my body (whats up with that? Its like every christian girl can sing but me???), so am slightly jealous of your new position but also relieved not be the one flailing up the front :)

You'll do great, but I can see why it might be cause to sweat, and not just because you are swinging your arms around.