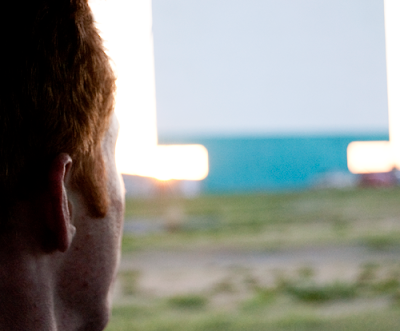 some kind of big things have been happening lately.
to put it short and sweet:
jason is in the hospital.
has been for about 2 weeks
and we're not real sure when he's coming home.
(which totally sucks because i miss my man but i'm
ok with him staying longer if that means he'll get back to normal.)

it's ok. jason's fine.
but he could be doing a lot better.

many of you may not know that jason has cystic fibrosis.
(a genetic lung condition)
he has never let it phase him really. people usually don't know he
has a progressive lung disease just by looking at him.
(because he's pretty much awesome!)
and he has never let it limit what he can do.
for example: on our first date we went jumping off of a waterfall
(which was hugely terrifying for me by the way) and the fun-filled
activities didn't stop there. he's always up for adventure.

but he gets sick.

and when he gets sick it usually turns into pneumonia which
inevitably decreases his lung function. (which is not good.)

it's been a while since he has last been in the hospital.
(over two years actually. which is great for him.)
before he was averaging once or twice a year.

this winter he got hit again and again and again and again with bugs.
and i guess his lung function wasn't able to catch up.
and then he got this really bad bug that is too smart for your average
antibiotics so the docs at the university hospital have been combining
meds and such to try to kick it. but it's not an easy thing.
so he gets to have a change of address for a little minute.
(it doesn't feel like a little minute. it feels like a very long minute.)
and that makes me sad.

i'm mostly sad because i don't get to go see him very much.
i went down this weekend (and i'm pretty sure i left my pink toothbrush)
which was so good, but leaving him there and coming home alone was hard.

but life's hard.
and that's just how it is.

plus, i had to get back.
like i said before, this semester is the craziest yet and almost all
of my classes are studios which means i need to be here (or in
the studio) to do the projects. and there is a huge one in identity design
that is due in the middle of all of this. (don't mind me. feeling a bit stressed.)

and for some reason i can't make myself care about any of that.
(don't get me wrong, i have had a lack of motivation for this semester
right out of the gate. but now i really have to try hard in order to care at all.)

i think things get put into perspective when there are challenges to face.
sometimes we forget how real CF really is. then we are quickly reminded.
and it turns out there are a lot of things that are bigger than school and projects.

it seems like we are all made to rise to the occasion when we remember
to have faith and carry on. i keep thinking that there has to be some lesson
we need to learn from this. maybe after we learn it things could hurry up and
get back to normal? then i realize that going to the hospital, praying for
better results and praying that his body will heal and recover isn't an isolated
occurrence like kidney stones or a broken bone.
this is our normal.
and it's ok.

maybe that's the lesson i'm supposed to learn this time.

anyway,  i think that's all for today.

p.s. sorry for being heavy on the personal content.

Oh ger, we love you guys! I'm sorry all of this is happening right now. You just let me know if I can ever help you with portrait, k. anything at all. I hope Jason gets better soon. :)

I will keep you in my thoughts. send him all our well wishes. :)

Geri, I was thinking of you this morning and wondering if there were some way I could help you. If you can think of something let me know. Give Jason our love. You are both in our thoughts and prayers.
Loves,
The Hobley's

geri i love you and jason. i heard about jason through the grapevine and i'm so sorry. i can't tell you how much i think you rock and how strong i think you and jason are. i have a giant lump in my throat and tears in my eyes so i'm glad i got to tell you on your blog how sorry i am before i see you to give you your coconuts (i think it's two coconuts, maybe one is a cantelope haha i can't tell, but they're both yours!), which i've been saving for you. my family tried to steal them today and i said nope, they're for geri! :) i'll be calling you! and if you need some company (i know you have lots of fam) you're always welcome at our house with me, taytum, ben and fancy (i guess we are your fam too, that's nice to think about!). alright this is obnoxiously long, talk to you soon! love ya guuurrlfriend!

Oh my....I admire you! That would be so tough for both of you. Hope all goes well!

Loves, hugs, & kiss from a big sister. Prayers, thoughts, and concern from my whole family.

Dang...I'm sorry for Jason that he has to spend so much time in the hospital but am glad he has good doctors who can help him. Get well soon Jason!

Hang in there with school Geri...just one last semester...you can do it!

And, if you get bored or lonely while Jason is in the hospital, you can always come hang out with me and grams.

you are a tuff chic and jason is really the most genuine guy i have met. i will pray for ya both. hang in there. ;)

We're thinking and praying for you both! Thank you for sharing your experience...you never know what your challenges will do to help someone else :) <3

oh man. i'm sorry about that. i hope he gets better real soon. :(

jas: i hope you get better. i will be praying for you still.
ger: you go ahead and call me if you need anything. and i mean anything. i am always here for ya!

love you both!
love,
al

aw...health issues are hard. i hope he can come back home to you soon.

When the going gets tough...the tough gets going. You guys are dang tough! (especially Jason)e

been praying for jase and u to ger-bear (i'm glad that heavenly father understands the way our family works cause i can't convince the boys that jason isn't their uncle so uncle jason gets lots of prayersa round here. love you both. endlessly.

ger we love you! i'm sorry it's hard right now. i am so so so grateful that jason found you. really. i think you are the best. it was fun to see you twice.

Geri, sure appreciate ya getting me all choked up here! We are praying for you guys as well... Jason is pretty much the strongest most positive human being I know so I know he is gonna be on the up and up REAL SOON!
It was nice to be able to see him, hopefully he didn't hate it! We really like STeve too... cept his gross stories! Oh and I really liked Simon too.... esp that he thought that my 3 kids were you and Jason's! HAAA
K. Love ya. See ya. Bye!

Oh,I'm so sorry. I hope he gets well soon.