i have a court hearing

because i got a speeding ticket
and i'm not going to go down without a fight. 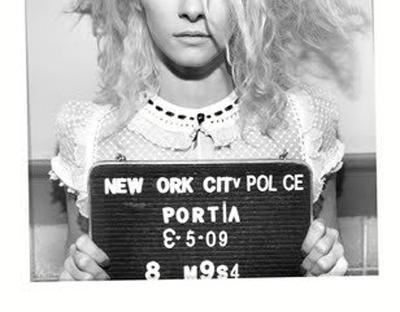 it's the first time i've ever gotten a speeding ticket in my whole life!

i was on my way to scope out a site for a photo shoot.
i wasn't super familiar with the area. didn't know what the limit was.
once i saw the sign i started to slow down. and  unfortunately
the moment i decided to slow down was also the moment i saw the po-po.

actually jason was with me and he was the one who spotted the fuzz.

he flipped on his lights, cranked the wheel and was on my butt in less
than a minute. he sauntered up to my window, asked for registration and
insurance and went back to his car before i could explain the situation.
i know that if he had just let me explain that it was all just a little
misunderstanding i wouldn't have to be a defendant
with a court date at the end of this month.

but he didn't.
and i'm pretty sure he didn't even care because
of the way he skipped back to his car.

anyway. i went in (to the court house) to say that i would rather take
a class or differ or basicly any other option than putting the nasty, yellow
ticket on my record because i don't think i deserved a ticket.
although i know i totally was going 13 miles over the limit.
(the limit i didn't even know about!)
and then the mean lady at the court house said that they didn't do classes
and that i had to go to court! and then she said i had to check the
"i plead not guilty" box and sign my name next to it. and then i
started to cry a little bit because i knew that i was a little bit guilty.
i was after all going 43 in a 30.
but i didn't know the limit!
so i bucked up. i checked the box and then i signed my initials.


and yesterday i got my court summons in the mail.


any tips on fighting speeding tickets in court?
i think i need all the help i can get.
pretty sure i won't know what to say to the DA!

i had to go to court for my one and only ticket too... i went because they tell you if you don't get another violation for six months, it will go off your record. so that was my work out agreement. and court was scary!! i was this little innocent 18 year old that had no clue what to say. and the people sitting around me in the waiting room were all in there for drugs. it was freaky.

I've heard wearing blue is a good thing to these sort of ordeals. Not sure why-but hey, it's worth a shot. Good luck-if you need a character witness give us a call-we think you are quite the amazing gal!

WOW. 43 in a 30 is not that fast at all! I mean, I'm from PA and it seems like everyone goes atleast 15 MPH over on major roads. I wish I could give you good advice on how to present your case in court. I'm sure that if you tell them you didn't know how much the speed limit was, and that you were in an unfamiliar area, you might get off...best of luck, Geri!

I checked the not guilty box once too. Failure to yield. Went to court, felt creepy, felt stupid, even felt guilty once I got there. It was probably just sitting with all those DUI types and then the black robe and the rap of the gavel didn't help any. Long story short, I was found guilty by the judge and had to pay anyway. Memorable experience, but not in a good way. You might consider just forking over the dough unless you can prove they didn't have it posted or something. Not to discourage you, but I'm just saying...

My father-in-law is a cop and he has told me you should pretty much always go to court. The officer who gave you the ticket has to show up or they throw it out, and lots of times they don't bother going. Also, they normally plead you down to a lesser charge if they do show. Good luck!

You might try crying and say that you are a widow. It helped me get a major reduction in costs many years ago

take photos and prove your innocence! i'm sure they have to realize that failure to post speed limit signs is more serious than an innocent photographer going 13 over. i'd tell them that, for sure!

if they take you to jail, maybe jas will bail you out... hahaha

B-U-S-T-E-D
good luck to you. I tried it once and it worked for me!

sounds like an episode of law and order. i dont have any advice, but i liked how you wrote this blog. Good luck!

I don't know you and I just stumbled accross your blog, but I thought I'd give you my thoughts!

Dress nicely, but not too nice. Slacks and a nice shirt (you don't want to look loaded, but you don't want to look like you don't care). It's not Ma'am or Sir for the judge--- it's "Yes, your honor" or "No, your honor." That will get you a ton of points. I have to appear in court a bunch (for my job, not because I'm the one needing to go to court), and judges love being called appropriate things. Also, do not interrupt the judge. They hate that! As for permission to speak if you aren't sure if you can begin talking about what you want to talk about. If the judge asks you to talk about one thing and you also want to talk about another, request the judge's permission to at some point address that other subject.

As far as contesting the ticket, a) address your record if it is good. b) will your insurance find out? In some states, they wont' find out unless you have a claim w/in 3 years; then they run a report. c) what methods were the policeman using? Some are contestable more easily than others.

hi, you have nice blog.. u can view also mine..http://akoniwares.blogspot.com

Don't know if it's too late. Tell the judge you want to "plead in abeyance" since this is your first ticket. Usually you have to do an online traffic school and go a year without a ticket. You still have to pay the fine and pay for the traffic school, but it does not raise your insurance or go on your record unless you get another ticket within the year. Good luck!