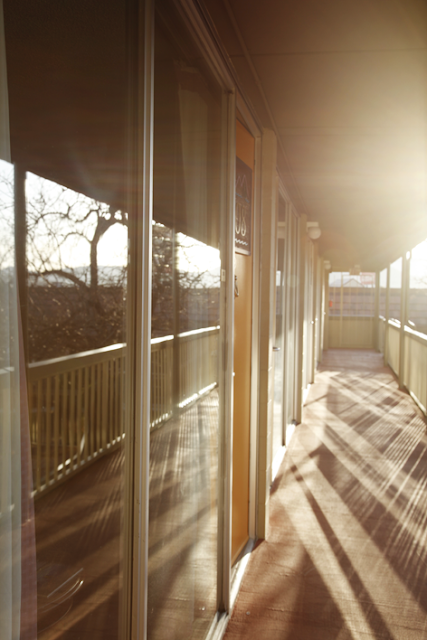 we started driving at 6 a.m. and drove and drove and drove for 10 hours.
sitting in a packed 12 passenger van for a 10 hour day is not so fantastic.
i was in the backseat between 3 other people i met just that morning, trying
not to breath very much because there wasn't a lot of room for such things.

after about the ninth hour i realized that i had neglected to apply deodorant
that morning after my 5 o'clock shower. (oh yes.) along with trying not to breath
very much i then realized that i probably shouldn't be moving my arms at all either.
(which, looking back on the situation, probably was not my best idea.)
meet the smelly-backseat girl.

once we pulled into reno i saw the lights and the city, and then i saw jason's
80+ year-old great grandma norma (in my mind) who is maybe one of the
cutest little grandmas i know. (my little grandma fern is super darling too.)
she wears bright red lipstick with really red hair and she aims for the lips every
time she sees you. anyway, the reason i thougt of grandma norma is because
she used to live in reno and she used to work at a casino there. in fact she
still firmly believes that she is going back to work very soon.

we got to the museum in reno (who knew reno had an excellent little museum up
their sleeve?) before it closed for the evening. have you seen penelope gottlieb's
exhibit "no $ down"?  so fantastic! plus there was a nice little view of reno from
the roof top. (sorry for the lack of photos on this one. it was a 10 hour drive.
so naturally i left my camera in the van. and then that's what kept happening in
all of the other museum stops. woops. but my pal sydney got some great photos.)


after the museum we had dinner at the silver legend buffet. buffets scare me. but
i noticed that this one had people attending to all food stations so i felt more at
ease about the length of time the food had been sitting there. (right?) they did have
some awfully huge, awfully delightful strawberries. and a pretty awesome selection
of desert food. and obviously i was ok with that.


after getting to our motel i quickly realized that this night was going to be pretty
bad. and i was right. room with heater from the 70's that does not work + double
bed (hard as a rock) all to myself = i didn't sleep a wink.


but that morning i woke up (for lack of a better word) to absolutely amazing
light peeking through my window curtains. this shot really shows the motel at its
best angle and in a super good light. (if i do say so myself.)


i guess what i'm saying is: this photo really classed that place up.
but who's complaining?

categories: an adventure, photography, san francisco trip
Newer Post Older Post Home
READ UP
. about us
. about the double lung transplant
. about the ectopic pregnancy
. about other adventures
READ ALONG
. bloglovin