it tasted delightful too. 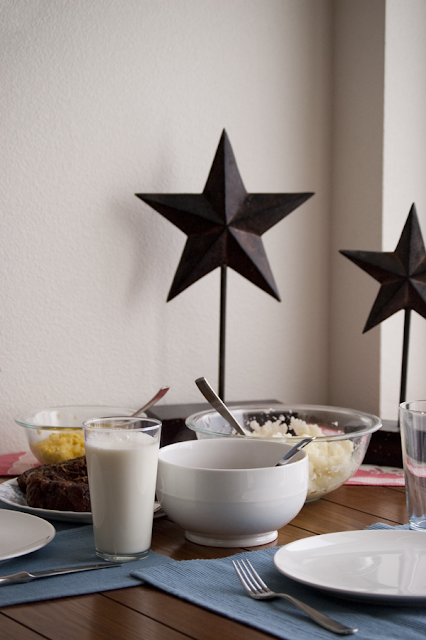 i used to be scared to make it (because of the gravy part).
but then i made it every sunday for about 2 months and ever
since then i've got gravy-makin down. there were some not
so good times in the middle there though. there was gravy soup
and then one time (no. i think it was 2 times) there was gravy
pudding (one of those times we had friends over. sad. i know.)

lesson learned: don't make gravy-makin harder than it needs to be.
it's just gravy.

Yummy! we're coming to your house for dinner from now on!

You really do make dinner look good! Mine never looks so well organized! We just plop it on the table and go for it! :)

Once in college I tried to make gravy from chicken bullion cubes and it turned out a not-so-lovely shade of green. Hard to eat mashed potatoes when they look like someone sneezed on them...