sucker for a sucker 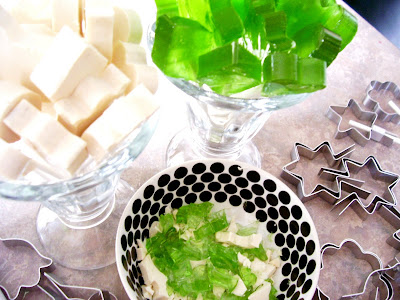 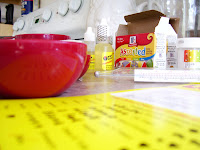 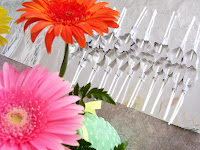 getting started. the instructions. the measuring cups. the molds. the sticks. the flavors. the colors. the big pot. and the daisies (which are still lovely, fyi) 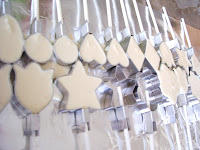 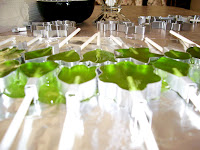 marshmallow. key lime pie. and the chips we all love to suck on. 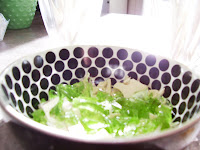 we have made homemade suckers in our family from the beginning of time. (or from the beginning of the Make Your Own Lollipop company.) it was always one of those great treats for us. homemade suckers! when I was really little I would take them to school with me.... even when I got big I would take them to school with me. that might be why people liked me so much. hmmmmm.
(Bobbi & I made them together most. I think because we might be the ones who like them the best.)
anyway. I made homemade suckers the other day (Tuesday. same day I made homemade jam--raspberry/huckleberry. Jason says it tastes like it could be a desert. I think that means I made jam good.) and it brought back lots of memories of past sucker-making-days. the times when we put in a few too many teaspoons (as opposed to the 1 tsp. the recipe calls for) of cinnamon flavoring into the batch (my mom thought she'd like them really really hot-to the point of tasting a bit like potpouri-and the house to smell nice and cinnamony/spicy for a week. you would honestly walk into the house and your nose would start burning and your eyes watering. ooops. after those experiences my dad learned his lesson. when we would get out the sucker stuff he would go upstairs, close his bedroom door, and block the crack between the door & the floor with a towel. much like he does when he sees the salsa making stuff..... that salsa could quite literally sizzle your tongue off.) naturally, we don't really make cinnamon suckers any more. (but we still like salsa.)


so after a few hours of pouring, stirring, preparing molds, & one burned batch I produced two beautiful bouquets of delicious suckers and a nice little bowl of chips to munch. with the smells and the noise of the bubbling and boiling came sweet little moments as I was taken back to the memories of sucker-making-times-past. times with my mom. times with my sisters. times with friends. times with my roommates. happy times. good days. 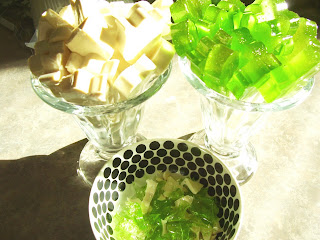 Thanks for reminding me that I need to make suckers with my kids. Cute pics!!

Oh, forgot to say that I'm not such a fan of the "that salsa could quite literally sizzle your tongue off". Sorry mom. But the suckers were always great.

you are a good photographer, in addition to your cooking skills, Geri. Good for you!!!

Geri you little domestic goddess--you crack me up!

My comment is along the same line as the others. I think you should consider being a food stylist/photgrapher. You make me hungry every time I look at your blog.

I want to try your marshmallow suckers... I might need to hunt me down some of that flavor for my own suckers!! Awesome pics!!

Thanks for the suckers last week at Mini Bazaar. It was a delicious treat! The marshmallow is by far my very favorite. It might be tasty with a drop of orange or something??? Hmmmmmm
Anyways, your photos are fantastic...you should take a few photography classes. You might give Mr. Guggleman a run for his $$.

Just wanted to let you know what happened when I pulled out the sucker making stuff and announced we were making suckers tonight. Layne's first comment was, "Please, no cinnamon. Last time we had to throw them out because they were SO hot." So, it seems that the tradition lives on. Like mother - like daughter.

HA funny one Cassie!
OK so I am not the biggest sucker fan but I must say that your beautiful pictures and dishes have made me wanna give them a whirl this week! Wanna come over and help? Very cool colors and fun pics Geri!
Oh and your bread and jam look good too, even though I hate rasberries and I hate jam!
Next you need Gma's bread recipe to bake for your jam... now THAT is delish!

i KNOW! i told Grandma that i would be over sometime to learn how to make bread....... and i was very serious about that.
(Cas, i laughed out loud.)
(Audge, i'm always up for sucker making!)

Geri---you are always leaving me out of things. However, when you learn to make Grandma's bread, come on over.

(Beebs, quit whining. you can come to Grandma's with me to learn how to make bread. and thanks. you make me feel real good about my picture takin.)

Just like everyone else, your pics are so good! And I really like that cute polka dot bowl. You've made me want to learn to make suckers. I've never done that before.

I want a recipe for these!! Marshmallow suckers??!! Pretty please!!