It wasn't two weeks or even three that we received our placement call. It was several weeks, over a month (March 22nd), and a puppy named Suki St. James later. Waiting for calls and trying to breath and speak around the softball–sized lump in my throat seems to be some sort of pattern in my life. The call came and I could picture the little duo, sister and brother, in the waiting room at the DSHS office. I could picture them waiting and worried and confused and frightened. I called Jason and we talked about whether or not we should accept a four and a half year–old girl and a one and a half year–old boy. There was no solid answer of yes or no, no crystal ball telling our future. There was just the feeling of if you don't say yes then what is this all about? I called back and said yes. Then I drove into Vancouver to the office and picked up two beautiful children and buckled them into carseats and drove away for home. But before we left the little room at the DSHS office a social worker said "How would you like to go spend the night at Geri's house?" Our girl looked up at him, shook her head decisively, "No. I don't think that would be purfek for me." She said she loves painting rocks. I said I had paints and rocks. She shrugged and began to help gather their things. She said she loved carrots and ice-cream. I said I had good news! We had both waiting for us at home. We pulled into our garage, unbuckled the carseats, and the kids flew inside at a full sprint before I could get the car doors closed.

The chaos had begun.

She talks about her mama and all the people she loves in her "world". She asks why I can't just be in her world too? Why we can't just all be in her world together. These are good questions and another thing difficult to explain to a beautiful four and a half year–old brain. She's decided that she loves us and our families and all her friends she has met, but she's ready to go back to her home and be with her mama or live with her favorite great aunt she gets to visit regularly. Another difficult thing for explaining, and for living. She's bright and she sings all day long and seeks any opportunity to make a new friend. Her eyes are soulful and her heart is huge... even if she battles endlessly to love her brother and give him a hard shove simultaneously throughout the day.
He calls everyone mama and likes his newest diapers with lions on them. He growls at every diaper change. I don't know if this has more to do with recognizing the lions (this would be the first and only animal sound connection) or recognizing the diaper change. He adores bananas and has the best giggle in the world. He whines and cries and throws wild fits and, in the middle of it all, he can burst into laughter, then pick up where he left off in the fit without a blink of an eye. He is mischievous and an escape artist. He loves hugs and human connection. He shares all his food with Suki. They both get in trouble. They both continue to do this every meal time, and call me crazy, I think they both equally look forward to it.
Life is harder with little people. Going anywhere and doing anything... harder. All those mom jokes and no sleep jokes and feeling like being pecked like a chicken all day jokes are suddenly much funnier. But please, pretty please, don't tell me "now you know how it feels to be a mom!" This is not a true statement. Not at all. Now I know how it feels to be a foster mom. A foster mom to these two specific children. And these are wildly different things. Both frightening, both crazy, both relatable. But very different.

Are they doing ok? Do was start our almost five year–old in school this year or hold her back? Is it really our decision? How do we even begin that process? Are we working with the almost two year–old with his words enough? Did you hear that? He just said "apple" "water" "banana" "welcome"!? I think he just said apple! Should she be writing her name before she goes to school? Should they fight as much as they do? Isn't this a normal sibling thing? Should they play so rough? They play so rough! Should they be as strong as they are? I think they're making each other stronger through all the wresting and escaping and jumping and sprinting and screaming and whirling. Have I lost myself? Is this Groundhog Day? Are we doing ok?

There wasn't an instant or immediate supernatural attachment. For the first while there was mostly fear and struggle to figure out how to deal. We both kind of expected this. We keep in our mind that this is a temporary placement, maybe that's why attachment was indeed not immediate. Maybe we were putting up a bit of a wall to protect everyone involved... or so we thought. After two months I heard myself call her my daughter, "my foster daughter", as I scheduled a dental appointment. And my heart smiled. Then I heard her voice, the sweetest of all the voices, singing our bedtime songs to her little toys. Then our little man squealed and ran at me for a giant hug and giggle... after I had only been gone for a minute.
And I think we all feel our hearts growing in size each day. Bigger and bigger. To hold all the hard. To hold all the love.

Our time in Battle Ground, Washington has been filled with settling in, pouring ourselves into a new office with new challenges and so much room for growth. Our other focus has been licensing for foster care. There have been many hours of training and interviewing and paperwork and preparing for the ever intimidating home inspection. This process has been just as involved and long as we expected, and now that we are so near the end, estimated only about a week or two away from being licensed foster parents the anxiety and sleepless nights are nestling deep into my muscles and my bones, deep into my chest. In a week or two or whatever indeterminate amount of time we will meet a little soul (or two) who has faced so much trauma in their short lives, the latest of which being buckled into a carseat and taken home by strangers for who knows how long. The people who have loved them will have so much fear and anger, and even though we only want to care and love and provide safety for their sweetheart through a scary time, we will be the focus of their rage. We are, after all, the ones who strapped their baby in a carseat and drove away. The best way to create a healthy environment for the child will be to have a good relationship with the people who care for them in their lives. The anxiety of overcoming the initial feelings and hurt seems insurmountable.
Will we care for a boy or a girl? Will they be a baby or a toddler or a small child? Will they bring their sibling with them? What are they living through right at this moment as I type this? What is happening to them to bring them to our home in the first place? Are they hungry? Are they scared? Are they happy? Are they lonely? Are they hurt? Are they unaware? Oh, please God, please be with them. Please carry them through, please cover them with a blanket of comfort and protection and shield them from the horrible things happening in this world. ... but I know this prayer is in vain, because I know without these unimaginable things they would not be ripped from their world and placed in our home. So please, God, please give them strength; and please, God, please don't leave their side. Even, and especially, as they come into our arms.

That one time we moved to Washington 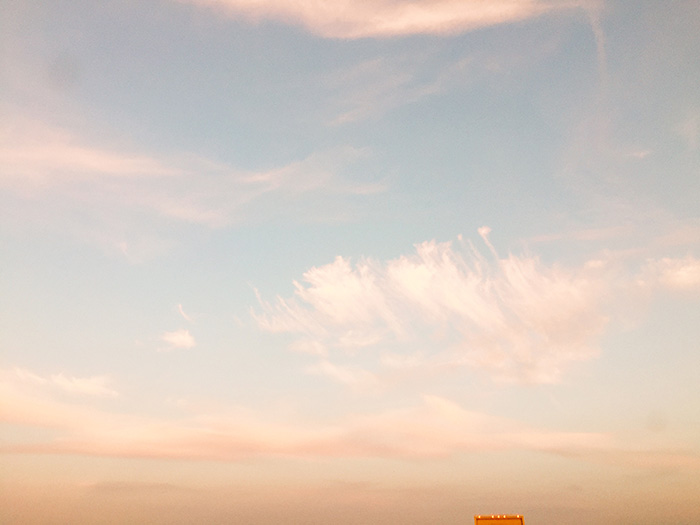 Moving. We're amazing at it. Expert moving tip from expert movers: don't do it.
My friend, Naraah, and I tried counting the times Jas and I have moved in the last nine years of marriage... After some time and calculation and deliberation, the answer we came up with was "a lot".

Pulling into Battle Ground, just ahead of Jason in the Penske, a part of my heart felt like it got the hiccups and my mouth spread into a grin.
Home.
I found it! We found it! It found us.
My soul has felt like it's been searching for home ever since we left Southern California to begin our year of rotations before graduation. And from the minute of pulling into town... here it is. Surrounded by mountains and farms and houses and grass and hills and rivers and cows and rain and lakes and barnes and trees.
My lungs pulled in a deep breath of fresh, Douglas Fir air, then exhaled in exhausted relief. We found it.

Home for however long we get to be home here... home all the same. 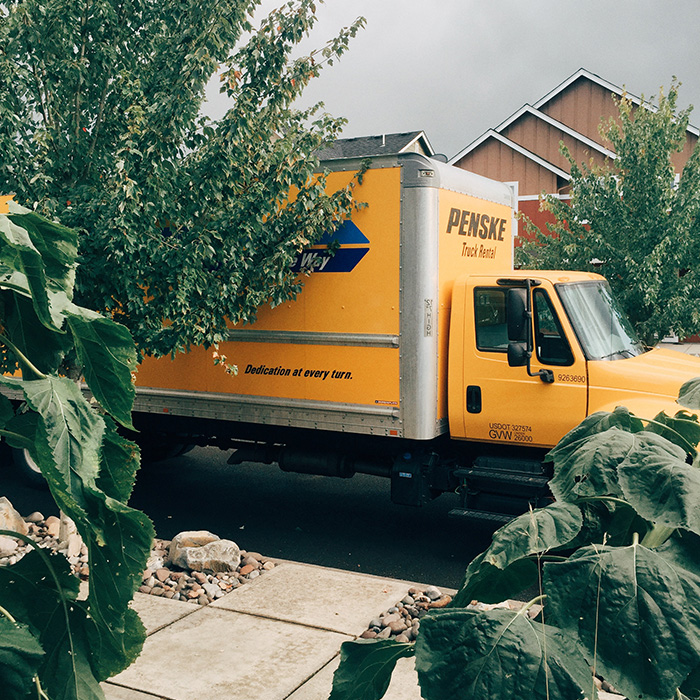 Health and IVF and life dispatch from March 2015 through today, in bullet point format

We knew we would be moving from sunny CA, therefore moving away from our fertility team.
We had three frosty embryos... the IVF cycle at the clinic lined up exactly with our time in CA.
It felt right. It seemed perfect. Again.
We were "cautiously" optimistic.
Truly deep down we were sincerely optomistic.

June 2015, we packed up.
We moved.
We found ourselves in Kerrville, Texas and settled in for a long, happy life.

The grief came.
Depression and debilitating anxiety quickly joined grief and me.
It was dark.
I was so sad. So sad.
I was lost in isolation. Spiraling into a dark deep.

Help came with January/February 2016.
I found a good doctor.
I embarked on a climb out from the dark. I climbed on slow, unsteady, shaky legs.
This difficult climb continued for months and months.
I stabilized.
I became stronger. More capable. Began to find a "new normal".
Sweet relief to see a progress. Grateful for help along my way.

No solid baby plans for our near future.
No need to ask.
Someday. Someday. Maybe.

We know better than to plan much of anything.

Older Posts Home
Subscribe to: Posts (Atom)
READ UP
. about us
. about the double lung transplant
. about the ectopic pregnancy
. about other adventures
READ ALONG
. bloglovin